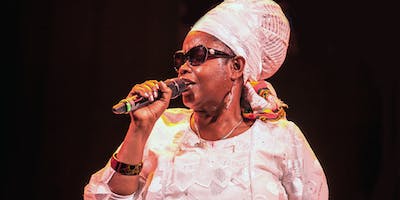 SISTER CAROL - SPRING 2019 ALBUM RELEASE. REGGAE INNA ME BLOOD - AVAILABLE IN NOVEMBER Sister Carol is preparing to release her 16th album in the spring 2019 called&nbsp;Reggae Inna Me Blood. Her last album called THC - The Healing Cure featured 15 vibrantly mixed tracks infused with a roots / acoustic sound. The lyrics are informational, humorous and enlightening. Sister Carol is undoubtedly one of the most talented, hardest working female reggae artists available. She has been working the front line for over thirty years. Her music carries a positive social message. Sister Carol is a modern reviver of the faith. Her music is rich with cultural values and social consciousness. Over the years she has been a top featured artist on many festivals. Sister Carol is exceptionally talented on the mic and she is also mindful of the importance of her influence as an example to her listeners. She stands as a singer upholding love, truth and rights. Many people were introduced to Sister Carol through her acting in the Jonathan Demme directed movies Something Wild, Married to the Mob and most recently Rachel Getting Married. Her first feature film in 1986 was Something Wild with Melaine Griffths and Jeff Daniels followed by Married to the Mob with Michelle Pfeiffer, Dean Sockwell and Matthew Modine in 1988, and later she acted in the Oscar nominated Rachel Getting Married with Anne Hathaway. She more recently filmed a scene with Meryl Streep in another Jonathan Demme directed movie called Ricki and the Flash that was released in the summer of 2015. Her music career has produced twelve albums, continuous tours and spot dates and numerous network television appearances.&nbsp;Live No Evil, released in January 2014, is considered to be some of her best recording work to date. Some of the top songs on the album are&nbsp;The Prayer, Servitude, Muma N Pickney and Serendipity. August 2011 she released a CD entitled&nbsp;Togetherness - Sister Carol &amp; Friends. Togetherness features collaborations with Sister Carol and Brigadier Jerry, Bunny Banton, Judy Mowatt, Buju Banton, Sugar Minott, Johnny Osbourne, Shinehead, Sister Nancy and other artists.