The idea of eating cannabis is not new. People have been consuming cannabis for millennia and finding new ways to enjoy it along the way. People normally set fire to cannabis and inhale the smoke in order to get high but there are plenty of people who simply can’t consume it in this manner. For anyone who doesn’t want to or simply can’t smoke cannabis but still want to get the beneficial effects, there is an alternative. That alternative is called edibles. 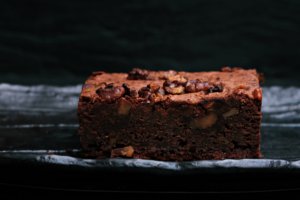 Edibles are basically any food that has been infused with cannabis. This can range from treats like brownies or gummies to fine cuisine like tortellini and even steak. Today the market is expanding into new and interesting ways. From 5th Avenue culinary extravagance to corner store gut busters, people are cooking with cannabis. The intrepid and industrious chefs of today are building on a time honored cooking tradition that has its roots in ancient India.

Bhang was so easy to produce that it is available to pretty much anyone and everyone who cares to try it. The thick drink was so good compared to other options like wine and beer that the recipe spread across the world. In 1474 pope Pius II even included a variant of Bhang in his divine cookbook titled On Honorable Pleasure and Health. Bhang is still consumed to this day in areas like India and Pakistan.

Normally, eating a cannabis flower has little to no effect other than gastrointestinal irritation. This is because THC has several forms with only one of them being psychoactive. The most common form of Tetrahydrocannabinol (THC) in a flower is actually Tetrahydrocannabinolic acid (THC-A). THC-A is the acid form of THC that plants produce naturally. It won’t get you high because it has an extra carboxyl group which prevents it from fitting through the correct receptors in your nervous system. 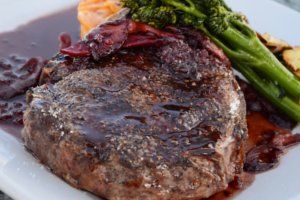 Applying heat will break that carboxyl group off of THC-A and leave you with THC. This is why smoking and vaping are such common ways to consume. A flame is the easiest way to apply enough heat to break the chemical bonds of THC-A. That doesn’t mean it is the only way though. Low, even heat (compared to an open flame) like that found in an oven is able to break the carboxyl bonds as well.

THC-A has no known psychoactive effects in humans although it has been shown to have anti-inflammatory, neuroprotective, antiemetic (anti-vomiting) and anti-prostate cancer effects. These effects have been shown in clinical studies to be significant and even if a patient isn’t getting ’stoned’ they are receiving a medical benefit from eating cannabis.

The effects of eating cannabis are very different from smoking or vaping it. To begin with, it takes significantly longer for cannabis to filter through your digestive tract than through your lungs. Smoked cannabis can take effect almost instantly whereas edibles can take anywhere from half an hour to over an hour to begin taking effect. This makes over consumption of edibles significantly easier than by smoking. That is why it is best to go slow when trying edibles for the first time. Take a small piece and then wait at least an hour to feel the effects. This will help reduce the chance of over consumption, although there have been 0 recorded deaths from too much cannabis.

Dosing is also a major factor when talking about edibles because of the potency variability of cannabis. A single gram of flower can range on average from 10-25% THC while a gram of concentrate can be as high as 99% THC. When you smoke or vape, a percentage of the THC you breath in gets exhaled. If you breathe 10 milligrams of active ingredient, your body gets a percentage of that but the rest gets exhaled as smoke or vapor. 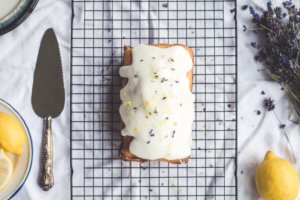 Not so with edibles. If you ingest 10 milligrams of active ingredient your body gets all ten. It may take a lot longer for you to feel the effect but the impact is on a whole other level. Most individuals report a different feeling from edibles than from other methods of consumption. Some report no change while others prefer it to alternative methods. It is important to understand how edibles effect your body in order to tailor your consumption.

History is littered with people who have taken the art of cooking and melded it with their love for cannabis. While many remain anonymous, some people have made real impacts on the world through their contributions to cannabis cuisine. Because of them, new flavors and staples are created that last generation after generation. One such person who blazed a trail for edible cannabis was Alice B. Toklas.

Alice B. Toklas became famous for her cooking and was known to provide edibles to friends like Ernest Hemingway, Pablo Picasso, Henri Matisse, and Paul Bowles. Alice created a cookbook in 1954 where she had a recipe called haschich fudge. Even though this recipe had no hashish or chocolate, this fudge along with stories about it spread far and wide. Interpretations of this treat eventually led to the creation of pot brownies as a cultural touchstone and culinary rite of passage for stoners from the early 1960’s into today.

As anyone who has over-consumed knows; once that edible is in your system, you are getting the full dose of THC whether you like it or not. This is a critical piece of information that should make you think about just how high you really want to get. Even though cannabis has never directly caused a fatality, people routinely go to the emergency room because they over-consume and freak out.

Because of the consistency of people over-consuming on edibles, some states like Oregon have instituted strict limits on how much THC is allowed in a single serving of edibles. These limits do help control intake levels but can be a hassle to overcome if high levels of THC are desired. Under such circumstances, baking your own may be a good option.

Home bakers have the benefit of getting to choose their effective dose. It requires a bit more effort to make sure you are getting what you want but well worth it. Casual cooking can integrate many cannabis infused elements like olive/canola oil, butter, chocolate, and alcohol in everyday recipes. Cannabis is best when cooking over a stovetop or in a conventional oven. 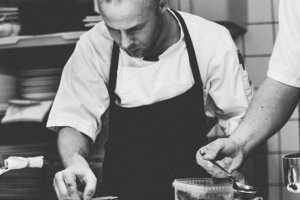 to generate a potent effect. Starting with premade extract will make the process much quicker but still takes a significant amount of cannabis. Many recipes like brownies and rice treats will take an ounce or more cannabis per batch.

A great method for infusing your own cannabis is to start with an ounce of finely ground cannabis flower and mix it with one pound of melted unsalted butter or equivalent oil in a pot. Heat the butter/marijuana mixture over low to medium-low heat while stirring constantly for 15-30 minutes. Remove the mixture and strain into a bowl and refrigerate. Once the butter has sufficiently solidified, drain any water in the bottom and pat dry.

Because of the steps involved, many dispensaries offer pre-infused butter and oil for home use. This is a quick and efficient way to get infused supplies but can be very expensive. Prepackaged edibles are also prevalent in most dispensaries and will often be far tastier than the common cook could produce. These edibles come with a premium price per unit but a lower overall price. This makes them cheap enough to buy but much more expensive than making your own from scratch.

In the end, edibles offer people an additional way to consume cannabis. People have been mixing ground up cannabis with food for thousands of years and even today people enjoy those ancient recipes. The options for current consumers are more numerous than ever before. From Bhang and Haschich Fudge to pot brownies and crazy new culinary delights, edibles provide a slow acting but powerful high.

How cannabis affects the mind