Is that because aging dogs share a lot of the same health issues as humans, there must be a market for pot-laced dog medicine. Sold online ($22 per bag of 40 treats, treatibles.com), Treatibles contain 40 milligrams of CBD per treat and makers advise giving one per 20 pounds of your pet’s weight.

‘What we’ve seen is that some of these dogs respond very rapidly,’ Matthew J. Cote, brand manager at Auntie Dolores, a San Francisco Bay Area-based edibles manufacturer told ABC News in 2015 ‘One woman from Fort Bragg was ready to put down her dog due to how sick and in pain he was, but the day before he was scheduled to go under, she administered our treats and just like that the dog was up, walking around, and acting normally again.’

Even so, the American Veterinary Medical Association hasn’t taken an official stance, and even in states where marijuana is legal, veterinarians are not allowed to prescribe cannabis products to their patients. Producers of these treats and capsules also have to be careful about any claims they make about their products. According to ABC News, the U.S. Food and Drug Administration sent Canna Companion’s co-owner (and a veterinarian) Sarah Brandon a notice, stating that the capsules were an ‘unapproved new animal drug and your marketing of it violates the [Federal Food, Drug, and Cosmetic] Act.’

But building a knowledge base for the safe use of cannabis products in dogs and cats today presents many problems. The greatest are legal and political issues. No one wants to upset the Feds. No one wants to sully his or her reputation.

The second problem is animal experimentation. The kind of experiments that are required to determine safe and effective doses for pain control in dogs and cats are now quite difficult to perform in the United States because of our heightened sensitivity to humane issues. Besides, getting a government grant today to do that research would be quite a challenge.

Every country’s law permits medical experimentation on animals. While some countries protect particular kinds of animals from being subject to experimentation—notably great apes and endangered species—very few place concrete limitations on what researchers may cause animals to suffer, given sufficient scientific justification.

What laws do, instead, is establish standards for the humane treatment and housing of animals in labs, and they encourage researchers to limit or seek alternatives to the use of animals, when doing that is consistent with the scientific goals of their research. The result, of course, is that no existing regulatory scheme is satisfactory to opponents of animal research.

The law, in their view, does nothing more than make the animal research scientist into a sort of James Bond villain: superficially polite, offering fine housing and well-prepared cuisine even to those whom he intends, eventually, to kill.

Because of those issues, using cannabinoids in pets today relies on word of mouth, subjective opinion and assuming that dogs and cats will react to these medications the same way that we do.

WHAT DO WE KNOW ABOUT THE EFFECTS OF CANNABIS IN PAIN CONTROL IN DOGS AND CATS?

We do not know much about its effects on pain in dogs and cats. It can be very hard to objectively evaluate pain in our pets. They are so attune to us - the stroke of your hand, a calm optimistic voice, your body language, all make your pet feel better and make it hard to decide what affect the medications you gave actually had. 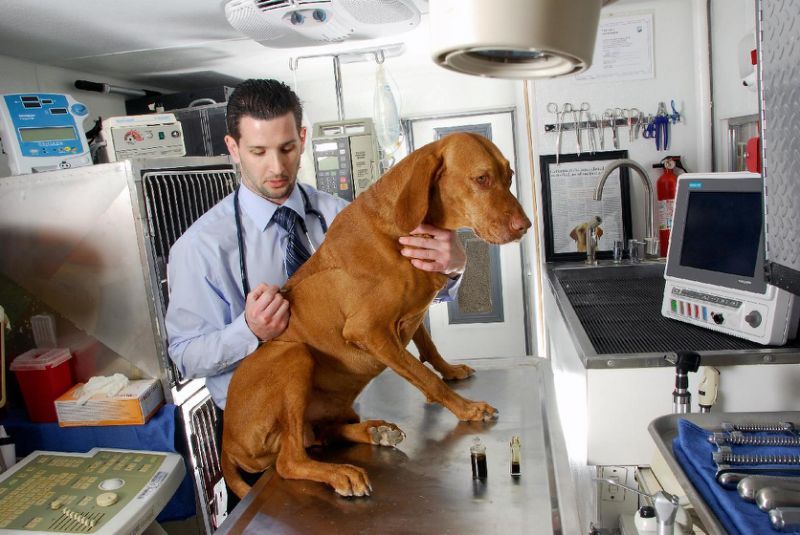 ‘With animals we must avoid thinking in terms of human-sized doses,’ says Alison Ettel, who supplies whole-plant cannabis medicine for both pets and humans through her California-based company TreatWell.

According to Ettel, the general rule of thumb is this: give the smallest dose possible and gradually work your way up until you find the smallest yet most effective dosage level.

But knowing exactly what dosage you’re giving your pet can be tricky, Richter says.

‘Very few of the products you find in a dispensary for example will have an actual concentration listed on the label – how many milligrams per milliliter of THC and CBD,’ Richter says.

When it comes to our pets, we have to rely on the feedback we get from humans that take cannabinoids to deal with chronic pain and other health issues. Most do feel some benefit. I have read many of the articles published on that subject. Most describe the benefit as modest about the same as topical capsaicin liniments.

Other studies found more benefit. The pain-relieving benefits never approach that of the powerful opiate narcotics like fentanyl patches nor did they match the pills dentists commonly prescribe for a toothache.

Marijuana has been classified as a schedule I controlled substance since 1970. Schedule I is the most restrictive of the federal Controlled Substances Act categories and is reserved for drugs with no currently accepted medical uses and a high potential for abuse. Heroin, LSD, and ecstasy are schedule I drugs, for example, while cocaine, methamphetamine, and morphine are schedule II drugs.

Scientists have identified more than 60 chemicals, or cannabinoids, unique to marijuana. Although whole marijuana is not approved by the FDA for any medical use, cannabinoid-based drugs are available by prescription in the United States. Nabilone is a synthetic cannabinoid used as an antiemetic and adjunct analgesic for neuropathic pain. It is also approved for the treatment of anorexia and weight loss in AIDS patients.

The regulatory hurdles for clinical research on schedule I drugs are so high as to act as a deterrent. Numerous physician and health care organizations, including the American Medical Association, American Public Health Association, and National Association for Public Health Policy, are urging the federal government to reschedule marijuana to allow more research that could yield new cannabinoid-based medications.

‘With animals we must avoid thinking in terms of human-sized doses,’ says Alison Ettel, who supplies whole-plant cannabis medicine for both pets and humans through her California-based company TreatWell. According to Ettel, the general rule of thumb is this: give the smallest dose possible and gradually work your way up until you find the smallest yet most effective dosage level. Knowing exactly what dosage you’re giving your pet can be tricky, Richter says. ‘Very few of the products you find in a dispensary for example will have an actual concentration listed on the label – how many milligrams per milliliter of THC and CBD,’ Richter says.

Sometimes it’s a case of owners deliberately administering cannabis products (hash-laced brownies, for example) to their pets, experts note. Other times, ingestion happens by accident—say, animals inhaling second-hand pot smoke or getting into their owner’s unattended stash. Wismer, who hasn’t heard of any problems with Treatibles or Canna Companion specifically, says she has fielded more than a few panicked calls at poison control about accidental exposures to pot in general—with sometimes scary results.

‘You would think they’d become sedated and wobbly, but almost a quarter of them become quite agitated,’ says Wismer. ‘They’re trying to pace. They’re panting. You reach out to pet them and they jerk their heads away.’ In fact, Wismer adds, dogs that ingest large amounts of THC sometimes need to be put on fluids and have their heart rate monitored. Scary, right? (Although the commercial dog treats contain little or no THC, according the manufacturers.)

You probably shouldn’t feed your pet cannabis—in any form—without talking to your vet.

10 cities that consume the most cannabis