Celebs in Cannabis: The Power of Fame

At a time when the future of progressive legislation may seem unrealistic, investment in cannabis has appeared tenuous in recent months, especially among the rich and famous. As a Fortune article from last December pointed out, California's state election answered the Golden State's longstanding prayers, many of which hail from Hollywood's hills, for cannabis legalization. This new legislation promised a supposed $6 billion dollars by the end of 2018, according to the article, as the state became the estimated leader in the weed market nationwide. At virtually the same moment, President Trump's election quickly led to the nomination of republican Jeff Sessions as the anticipated United States attorney general, raising questions among cannabis industry constituents who feared an impending war on weed. Among concerns, many have turned to celebrities to understand how public advocacy might change in the near future.

Coincidentally, or perhaps consequently, Woody Harrelson has reportedly stopped using pot after decades. According to USA Today, the real reasoning behind this lifestyle change was due to the drug holding him back from being emotionally available. And, although this presents a valid point -- the article in USA today does go into detail about the studied effects of marijuana over the long term on one's ability to feel and process emotions -- we're all left wondering whether Woody might really just be afraid of a potential crackdown from the feds. As a public figure, his reputation might be at risk, but it's hard to know for sure. 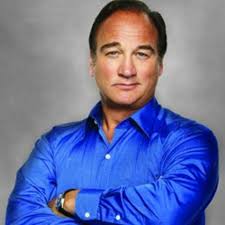 Yet celebrities like Jim Belushi seem oblivious to such. As a TMZ report laid out, Jim ran into some trouble with the TSA at the Martha's Vineyard airport in early April, when officials discovered a marijuana cigarette, reported by TMZ to be a fat ass joint, on the actor's person. In fact, the joint was in Jim's pocket according to TMZ sources and, although he tried to reason with the TSA personnel on site by flashing his California state medical marijuana card, the local police were notified. While we'll never know whether the actor was looking to hot box the flight deck or enjoy a pre-420 blaze at altitude, Jim got away scot-free, thanks to a weed decriminalization law in Massachusetts.

Still, there are many celebrities in the industry who continue to advocate and invest in cannabis-related products. USA Today's expose on some famous influencers highlighted some of the most prolific of these individuals, including Willie Nelson, Snoop Dogg, and Tommy Chong. In the article, Harvard Business School marketing professor John Quelch highlighted the movement's nature most succinctly: It's almost gotten into the fad scenario at this point, where celebrities almost feel obligated to attach themselves to the cause.

From Melissa Etheridge's cannabis-infused wine tinctures to Wiz Khalifa's upcoming release of Rolling Papers 2: The Weed Album (as if the intended ambiance of his musical expression wasn't already clear), the cannabis industry is driven and fortified by famous people, regardless of the political climate, or so cannabis advocates can hope. The USA Today expose ends on a sober note by Professor John Quelch: Where the branding opportunity is greatest, the celebrity reputational benefit is least. Perhaps this is the real reason why Woody Harrelson publically announced the end of his long relationship with weed, we'll never know.

Even while considering the unstable reputation this might promote for celebrities, large company sponsors are looking for new ways to leverage the brand promoting power of the rich and famous. A Market Wired article from late March reported on the efforts of ISO Sport to employ the buy-in of ex-NFL players, athlete, and doctors to market nutritional supplements like hemp protein powder, hydration hemp water, and even an oral CBD-based calming spray to promote a focused mind while staying active. Among the ex-NFL players expected to back the new products are Marvin Washington, Terry Orr, Zachary Orr, Rod Jones, Javier Collins, Gary Jones, Damien Robinson, Kevin Garmon, Charles Haley, Lance Salters, and others.

As long as this immense public backing holds up for ISO Sport's new brand, this marks a significant pivot towards athlete-sponsored cannabis products and redefining the scope of an industry, historically pegged as risky and illegitimate when it comes to the subject of athletic health. By redefining the ways in which the drug is consumed as well as the isolation of the diverse chemical components at play, such as CBD or THC, ISO Sport's success in drawing in the support from famous athletes provides new pathways for understanding cannabis consumption.

With all this said, there seems to still remain an inkling of hope for progress in the cannabis movement despite the potential for political opposition of its products while living in Trump's America. Even though progress may stagnate (or even regress) on the legalization front, it seems that business innovation can continue to partner with the marketing power of the rich and famous to make progress on other fronts. Beit a changing perception of cannabis' health benefits and athletic utility or a musical album composed specifically to fill the atmosphere of a hotboxed apartment, the cannabis industry remains driven by the rich and famous and their fans.

10 cities that consume the most cannabis