Hand vs. Machine Trimming: Which Is Better?

Trimming is a real job these days. 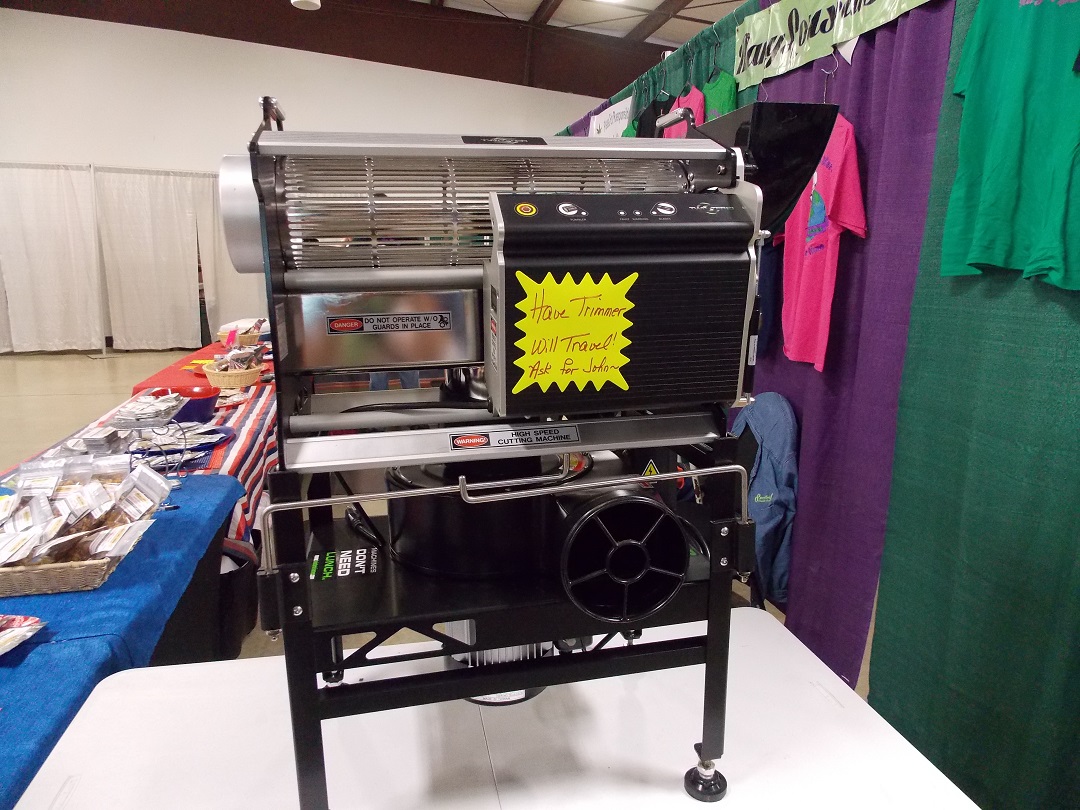 There was a time when trimming cannabis was something you didn't talk about. It was a secret, a part of the black-market community that made up cannabis culture. Most people got into it because they personally knew a guy or had a family member in the business.

Twenty years ago, there were no job fairs, no craigslist adds and no way to submit a resume. And if you happened to learn where someone was growing copious amounts of weed and went knocking on their door, you stood as likely to get shot as suspiciously ejected from the property.

But that is all changing as cannabis reform sweeps the nation. State licensed operations are gaining legal ground and growing in number. As long as the economy and American society at large doesn't entirely derail (fingers crossed), we can expect the slow march forward to continue.

Growing cannabis is a lot more common that it has been in the past.

With states continuing to move forward on legislation to legalize the production and sale of cannabis, it's easier than ever to get started. Without the fear of SWAT raids for growing a plant in the closet, people who want to try their hand at growing a couple plants can.

I say a couple plants because each state has different rules about if and/or how they count cannabis. And they have different amounts of plants that are considered OK to grow. Make sure to check local laws if you plan to grow cannabis yourself.

But once you navigate the web of red tape that surrounds legalization like the linen covering a mummy, you still have to process it. And this is where a lot of new growers lose a big chunk of their profits. They have to fork out money up front for a mechanical trimmer or find a way to get people to do it.

The hand versus machine dilemma rages. 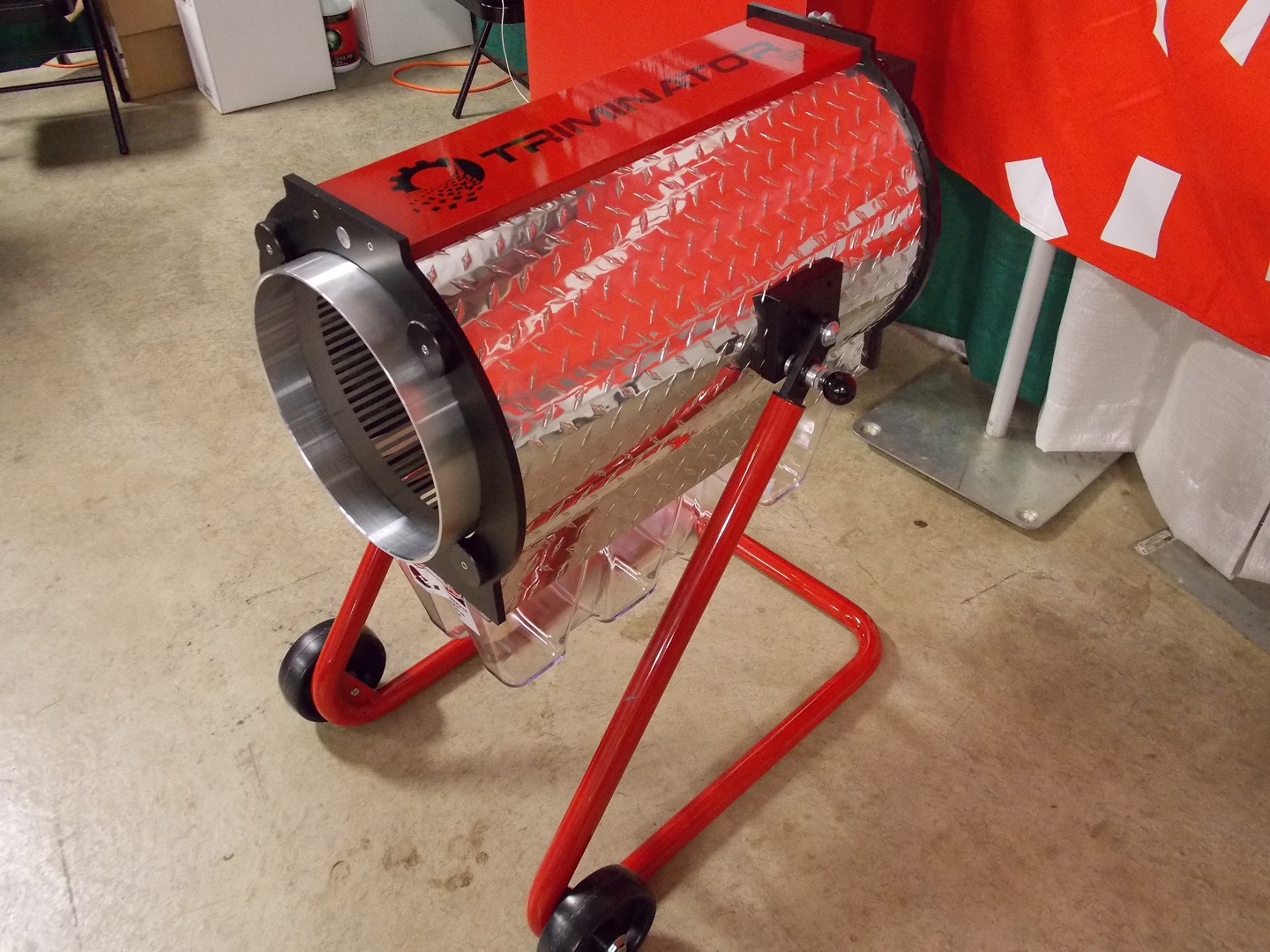 There is a sharp divide within the cannabis community about the future of trimming. One side holds that human hands produce more attractive results and destroy less of the important trichomes. The other side feels that the difference between hand and machine cuts is negligible when compared to the savings in man-hours.

Someone growing a single plant under a florescent light isn't going to have a high enough yield to warrant spending hundreds of dollars on a fancy trimmer when a $20 pair of scissors will do a similar job. But once the trimming job reaches about 5-10 pounds, hand trimming becomes a chore.

Large producers often hire armies of people to trim their product after harvest. A decent wage is considered to be about $100 per pound trimmed. That adds up when the farm is pushing out 300-30,000 pounds of product per harvest. And most trimmers want to be paid when they finish trimming, not when the product is sold.

Most large growers end up doing a mix.

There is a market for high-end, hand-trimmed cannabis. And once a farm gets into industrial production, there is a lot of flower they can market this way. This product falls into many different grades but savvy growers use several methods to get the most profit out of their crops.

The biggest and best buds (also called a cola when on the plant) are often trimmed by hand while the mid-grade flower runs through the mechanical trimmer. The leftover trim and low grade flower then get converted into extracts like BHO, PHO and RSO.

By doing this, large producers extract the greatest profit possible from their plants. Some even recycle the leftover root base and foliage to use in fertilizer but this is less common. The real dilemma is for those growers just large enough to need a lot of help and just small enough to have a limited budget.

Growers also have to consider when they want to trim.

There are several methods to trimming cannabis. Most revolve around trimming it wet or dry. Cannabis is considered wet if it has not started going through the curing process. Dry cannabis has an internal humidity below about 60%.

Human trimmers can adapt to the differences in the two methods fairly quickly. But machines have a hard time adapting to the differences. Most brands offer different models designed to operate as either a dry or wet trimmer.

Some trimmers can transition between dry and wet trimming. But the added cost and complexity of these models make them less than ideal. For this reason, most cultivators choose one machine and base the process off of maximizing its productivity.

Machines have some real limits though.

Machines tend to break trichomes and some can mix oils and other lubricants into any trim that comes out the other side. They also have a hard time getting into divots in buds or closely trimming any complex shape.

After enough time blades also get dull, tearing the bud more than slicing it. Machines that rely on sheering force over cutting also have to be cleaned regularly to prevent juicy trim from clogging things up. Consistent care is required to ensure standard use doesn't eventually result in catastrophic failure.

When a mechanical trimmer does break down, it makes a way bigger impact on productivity than any single human trimmer could. And with the specialized parts of popular brands like Triminator and Trimpro, it can take a few days to get it fixed.

Do you have enough people you can trust?

One of the problems that producers face when hiring a bunch of trimmers is that they may not know them. Producers have to consider the operational security of their facilities and ensure that everyone remains safe. Some producers can hire temp agencies while other maintain a lower profile.

If a producer doesn't want a dozen or more new faces poking their noses into everything, they can get a machine. And while the machine can't trim as well as a master trimmer can, it produces a consistent quality that humans have a hard time matching. It also has the benefit of never having to stop.

A mechanical trimmer can run 24 hours a day, 7 days a week. It never call's in sick, never demands a raise and won't sue you if it doesn't get lunch on time. It won't complain if you work on weekends, late nights or on holidays. All it asks is to ensure nothing breaks and a steady supply of electricity.

How do you feel about hand and machine trimming? Would you apply to a trimming job listing? Let us know your thoughts in the comments below.


More in Tips And Tricks

How to store marijuana

How to make cannabis tea