"Marijuana heals," its users agree. From anxiety and depression to better management of aches and pains, as well as other bodily disruptions, cannabis is one option that has long been understood for its medicinal properties. But in case that statement just deterred you from reading the rest of this article, perhaps because you don’t believe in its medicinal applications or maybe because your personal experience has prevented you from understanding it as such a remedy, just consider this:

"Science,” from a positivist perspective, has ever struggled to bridge the divide between perception-based health care remedies and what physicians call a "cure.” It’s tough to create blanket statements about "proven" benefits of weed. What does "cured" even mean, anyway? If you overcome cancer through years of remission, yet are left crippled by long term residual effects of chemotherapy or muscular atrophy, for instance, you may begin to understand what I am getting at. Curing illness is far more nuanced than taking prescribed pharmaceuticals and clearing a high temperature. Complex bodies such as ours with such sophisticated biology and psychology aren’t simply fixed” through such means, even despite the groundbreaking effects of pharmaceuticals, cancer treatment plans, and antibiotics.

Now, I won’t go so far out on a limb to say that you should drop your primary care physician -- don’t be mistaken. Conventional health care is not only effective, it is also vital for longevity when symptoms point to serious or life threatening illness. What I am saying here is that, for many, cannabis consumption has provided a path that promotes a comprehensive and multi-faceted approach to healing that attends to a balanced mind-body-spirit paradigm, not just to one third of that equation, as is the case with many conventional responses to illness.

This article does not seek to prescribe or even to promote an admittedly unproven reality that cannabis heals all. Instead, it functions to highlight what cannabis does do as it heals alongside the applications of other tools and remedies to address concerns of the human condition, encompassing bodily, psychological, or spiritual aspects of life.

Hemp, a variety of the cannabis plant, made its rounds through the ancient world beginning in China and eventually made its way into the Middle East and Africa, playing a medicinal as well as alimentary role. 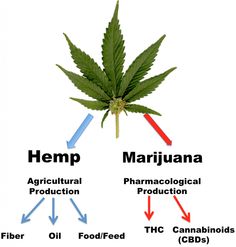 According to Mitch Earlywine’s 2002 book, Understanding Marijuana: A New Look at the Scientific Evidence, since as early as 2737 B.C. this plant was used by Chinese emperor Shen Neng to treat gout, rheumatism, malaria, and poor memory. This trend became pervasive, according to a Medical Daily article, as it entered India throughout the second millennium B.C. and even in Europe by the medieval era to address tumors, coughs, and jaundice.

Jumping forward to a more recent account in United States’ cannabis history, the infamous Heath/Tulane study (1974) study deemed marijuana detrimental to brain activity. This study forced monkeys in a New Orleans lab to smoke the equivalent of two cannabis cigarettes per day. However, the smoke was transferred through a gas mask that inevitably limited normal brain function due to suspected oxygen deprivation, later rendering the study to be regarded as illegitimate voodoo.”

Most recently, global marijuana legalization efforts have brought cannabis’ use to the forefront of the recreational market, far beyond the scope of medical application. Over the past decades, its use has been studied more traditionally to decipher its potential benefit to cancer treatment, diabetes management, glaucoma therapy, and beyond. Despite advancements in the understanding of cannabis’ role in healing, therapy, and the pursuit of various cures, the FDA continues to deny acknowledgement despite political contention and an overall push to reconsider the perceived and genuinely felt medical role it plays in the daily lives of many.

This idea of perceived benefit” pervades the stories of many advocates, yet is felt as a reality among proponents of medical marijuana. To them, the benefits are evident. There is no illusion of marijuana’s role in their self therapy towards a cure of various illnesses. For them, their stories are unique, individualized, and specific to their situations. 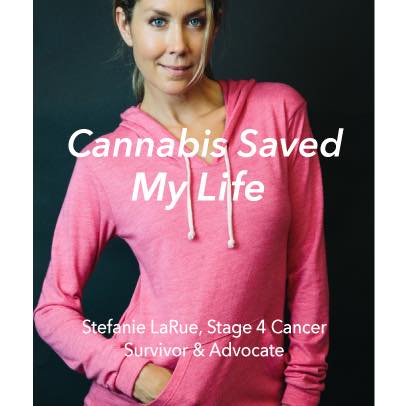 Cancer: One of the most feared ailments for us all, cancer treatment has experienced notable impact through the use of concentrated cannabis oil. In Stephanie LaRue’s story from Medical Jane, advocacy for cannabis-based therapy came in a moment of strife for balance while undergoing strenuous treatment at the age of 30 for stage 4 metastatic breast cancer. Given the pressures of her job in real estate, combined with a boss who fell short of showing genuine sympathy for her life-threatening condition, she left work as one of many steps in search of this equilibrium, which she now believes was a vital step in her survival.

Cannabis oil killed all of the tumors in my body. My monthly lab and quarterly scan results are proof that the cannabis oil treatment worked

Despite surgery to remove all of the affected breast tissue, she went through several rounds of chemotherapy to attack the cancer over the course of eight years between 2005 and 2013. Then the cancer recurred a third time, leading Stephanie to seek alternative options to treatment.

Through an in-depth search, she discovered a trail of cannabis oil users who, applying the treatment as a way to target the cancer in her body. After learning more, she declined traditional treatment through chemotherapy and began applying cannabis oil therapy. The results were unprecedented and totally unexpected.

An act of desperation became a successful alternative: "Cannabis oil killed all of the tumors in my body. My monthly lab and quarterly scan results are proof that the cannabis oil treatment worked,” Stephanie reported in a Medical Jane article. Her cancer disappeared and by December 2014, she was tumor free. Now, Stephanie takes a .5 gram of the oil to maintain this trend.

Epilepsy & Chronic Seizures: Responding to the often abrupt and concerning bouts of seizures akin to epilepsy can leave caretakers for affected patients stumped. According to a 2016 Scientific American article, cannabis usage has been effective in promoting significant reduction and easier management of these seizures by harnessing cannabidiol (CBD). CBD is a non-psychoactive component in the cannabis complex, which has many of the effects of the drug without feeling stoned or high. News broke in 2013 by CNN about cannabis’ effect on epilepsy patients, doing what other drugs could not: drastically reduce their seizures.

Faced with the limited options of just two pharmaceuticals, Lilyann Baker’s mother sought an alternative to her three-year-old daughter’s seizure complex, which resulted from an injury during infancy after being dropped at seven months of age. ABC 2 News’ article tells the story of how CBD application, combined with the two semi-effective pharmaceuticals, helped stop Lillyann’s seizures altogether. This reflects the findings from one of the most recent studies on cannabis’ effect seizure-affected patients, conducted by Orrin Devinsky of New York University, published in The Lancet Neurology.

The Scientific American article does, however, assert that similar stories in their own study might be explained by a placebo effect, as there was no control group and the study was performed open-wrapper, opening the door to a possible subconscious bias among its subjects. A similar study in 2015 carried out by Chapman and his group at the University of Colorado revealed that 47 percent of patients who had moved to Colorado to address epilepsy with cannabis-based treatment reported improvement, compared with 22 percent in people who were already residing in the state.

Biases aside, it is evident that the effects of seizures on individuals can help manage the illness for patients and their caretakers.

Admittedly cannabis therapy might not be for everyone, especially when dealing with individualized needs -- Psychology Today’s article makes this very clear. That said it’s also known to help with depression and anxiety when well understood and managed by the user and their psychologist, which is how Dr. Charles Raison put it on CNN. It’s something to be used critically, not as a crutch. 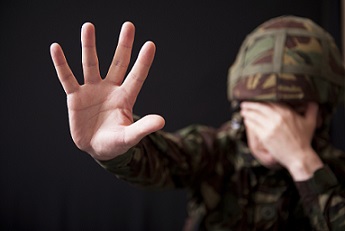 In Daniel’s story, smoking pot promoted relaxation that helped his friend, Ron, attend to the psychological impact of his reported PTSD after service in the Iraq war in 2006. What ultimately led to his return was an accident with a rocket propelled grenade, which left Ron’s brother in action dead and a dangerously deep gash in his thigh, which was attended to quickly by an experienced medic who saved his leg.

Long after the physical pain had ceased, the memories of this experience and the loss of life of a close companion left Ron burdened with PTSD, according to Daniel in the article. Yet what he was able to overcome when the psychological weight of the incident became crippling was made possible due to the help of smokable marijuana. While this didn’t provide a cure, it enabled him to manage these anxieties associated with the horrors of war.

Healing is complex, that’s for sure. Whether we are dealing with strong physical ailments or the psychological effects of modern life and even war, a cure often seems out of sight. What is clear through the short exploration of this article is that cannabis provides a path, albeit an alternative one, that is gaining reputability and scientific backing. Considering these stories, though they are often anecdotal, provides a chance for those concerned to reconsider what is involved in discovering a cure for these diverse illness and disruptions in daily life. All in the hope of addressing the seemingly endless dimensions of healing body, mind, and spirit.

Whether these stories offer a truth that can be applied and prescribed to everyone dealing with these issues seems rash, though perhaps it opens a door to understanding perception-based healing. This is just one way of understanding progress towards curing whatever keeps them from achieving ultimate vitality in their lives.

How cannabis affects the mind