This is strain was originally bred in California.

Clones of Pineapple Kush are hard to come by but authentic seeds are even harder to find; yet it remains in high demand across California and sporadically spread across the West Coast. This indica-dominant strain is most popular in the Bay Area but can occasionally be found in Oregon, Hawaii and Colorado.

Pineapple Kush should not be confused with Pineapple Express as they have similar names but different genetics. Pineapple Kush is a beautiful blend of two other legendary strains: Pineapple Chunk and Master Kush.

The Pineapple Kush flower is an indica-dominant strain with dark green coloring in the leaves. It is also known to display wild, tan colored hairs in its trichome coated buds. 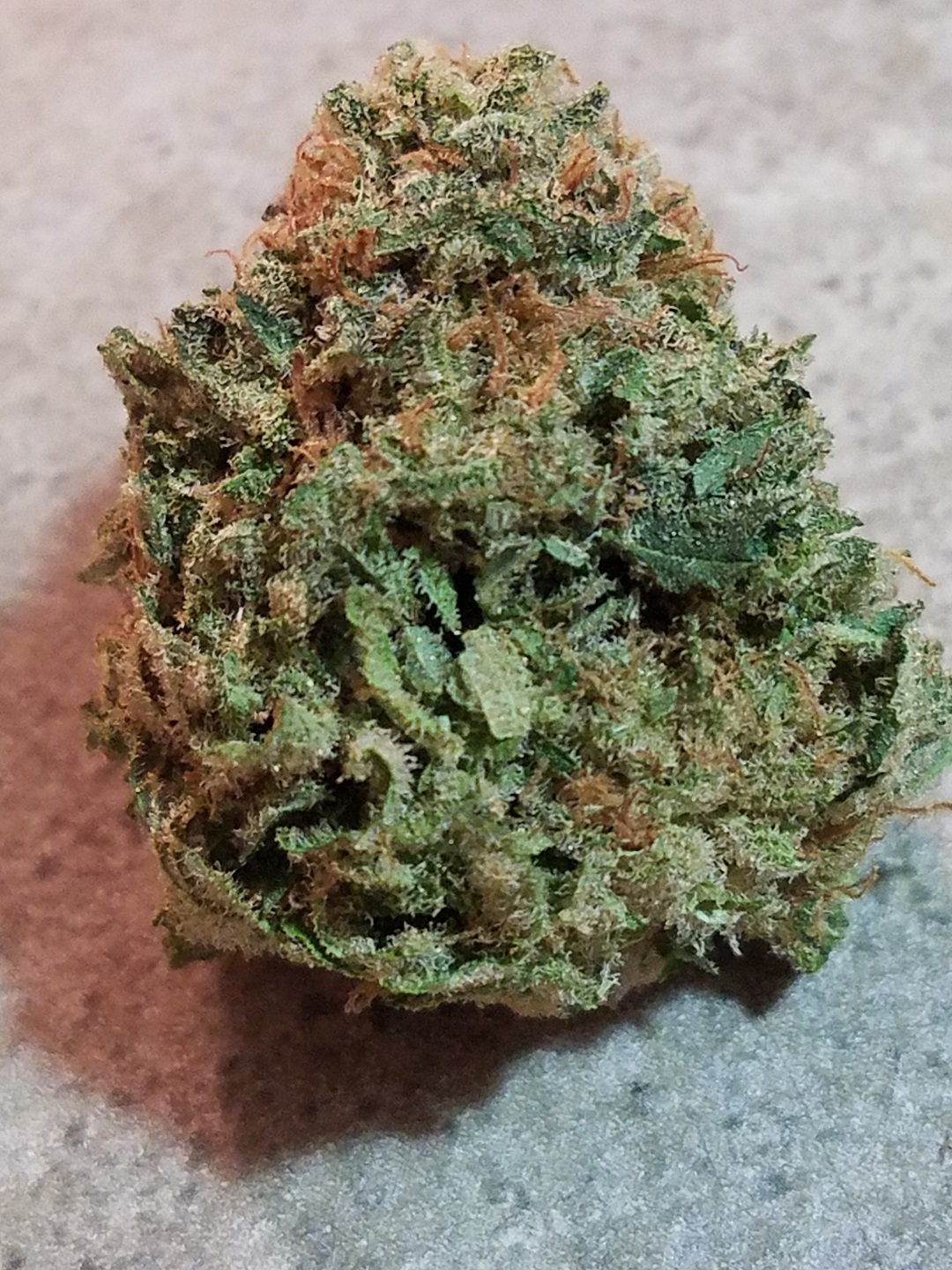 Pineapple Kush can handle most indoor and outdoor environments.

While not a huge plant by any means, it will still demand plenty of space if grown indoors. With an indoor height up to 39.4 inches and 47.2 inches outdoors, it can yield an average of about 1.10 pounds per square foot!

If you are growing indoors or in a greenhouse set-up, keep in mind that the flowering time for Pineapple Kush is about 49-56 days. It will want to start its outdoor flowering period at the end September for the northern Hemisphere.

Growers in Northern California and the Bay Area report that the THC content in this strain averages about 21%, while CBD is around 5%. Good news for patients looking for a fruity flavor but still needing potency.

Pineapple Kush is as good at treating pain as it smells.

This strain is beneficial for patients who are dealing with symptoms of pain, fatigue, stress, minor and major depression, and a poor appetite. For those striving to become artists, there is even more good news! This strain is effective in treating anxiety and giving its user a boost in creativity as well.

The terpenes in Pineapple Kush hover over the fruity end of the spectrum with high levels of Myrcene, Pinene and Limonene. The fruity flavor is most prevalent when inhaling vapor/smoke. People have also reported tasting a minty undertone along with other flavors such as caramel, a sweet vanilla, and even a buttery flavor.Â

Pineapple Kush has an exceptional high that people enjoy.

Also known as a â€œone hitter quitter,â€ this strain is known to be a heavy sedative. The cerebral euphoria that hits immediately upon the first hit is why many patients swear by it. That, along with soft body tingles throughout the head, neck and body is enough to uplift anyoneâ€™s mood and trigger a bout of the giggles.

Pineapple Kush also provides several hours of relaxation along with a healthy appetite. It can also produce moderate to severe dry eyes and mouth when smoked so it is advised to keep fluids nearby. Eye drops may be desired by people with sensitivity to dry eyes though.

However you enjoy this poten indica, stay safe!

Strain of the month: nyc diesel