Harris county is the first county in Texas to put marijuana offenders in a drug education program instead of behind bars. Effective March 1, offenders with 4 ounces or less of marijuana will not be given a citation, arrest or charge. Instead, the person will have to take a four-hour educational class within 90 days for the charge to never be filed.

Dallas was next to follow in Harris’s footsteps by passing a cite-and-release program on Wednesday, March 12. Dallas residents will be issued a misdemeanor citation and ordered to appear in court instead of being taken to jail. There are some qualifications for the program though. To be considered for the program, one must live in Dallas County and not have been accused of any other criminal charges.

Which Texas county may be next? 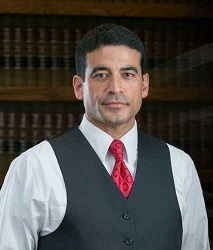 Although San Antonio officials have yet to take up the issue in session, Bexar County District Attorney Nicholas LaHood, along with other top law enforcement leaders, said he could see a program that would treat low-level marijuana crimes "like a traffic ticket". It’s a win-win for everybody if done correctly."

His thoughts are aligned with Harris County District Attorney Kim Ogg. Her goal is to have law enforcement focus on protecting their community from violent crimes instead of arresting people for a small misdemeanor. This would also help save more than $10 million per year by keeping an estimated 12,000 people out of the criminal justice system.

If this cite-and-release program would have been in effect in 2016, 432 people who were arrested for marijuana possession in Dallas would have been eligible for the program according to the Dallas Police Department.

Currently, Texas law states that anyone found in possession of two ounces or less of marijuana could face up to 180 days in jail, a fine of up to $2,000 and a Class B misdemeanor. Due to the harsh punishment, our prison system is being clogged up with working class people incarcerated for small amounts of marijuana instead of violent criminals.

This new program would not only save money and law officer’s time, it would help those in the new program have an opportunity to turn their lives around instead of being labeled as a felon. Dallas’s program is scheduled to go into effect October 1st.

May 3rd 2018 by Adam Rhodes
LEGALIZATION

Possession of heroin, cocaine and other drugs to become a misdemeanor?

May 4th 2020 by Bryce Sampson
STRAINS