Light and How Cannabis Consumes It

Plants evolved to live off of sunlight.

During the early days of our planet, plants dominated. Not plants like the orchids and redwoods we are have today though. No, early plants were mostly algae in the vast oceans. These early plants developed a way to eat that didn’t take anything but sunlight.

By converting sunlight into chemical energy, plants were able to store it for later use. The photosynthesis process always begins when energy from light is absorbed by proteins that contain green chlorophyll pigments.  In plants like cannabis, these proteins are held inside chloroplasts, which are most abundant in the plants leafs.

Basically one molecule of the pigment chlorophyll absorbs a photon and loses an electron. This electron is passed to a modified form of chlorophyll called pheophytin. This process propels a chain reaction of life and is how cannabis grows. 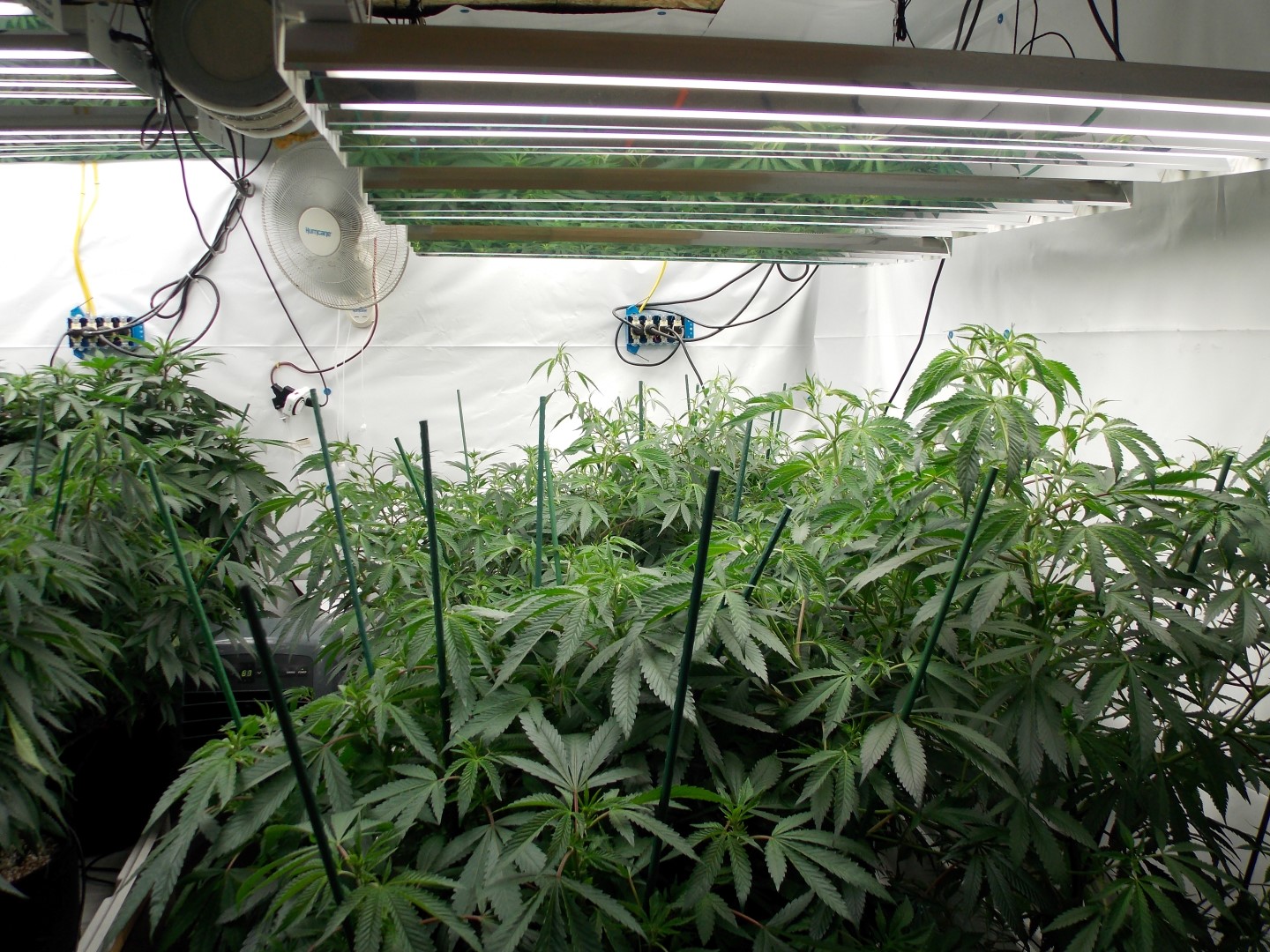 Plants can use light from across the visible spectrum.

Because of how plants evolved their ability to photosynthesize, different wavelengths are needed in greater amounts in certain stages of a plant’s growth, such as the blue in early stages and red for the end. Light in the blue spectrum enhances vegetative growth, while red light strongly influences flowering and fruiting.

What we perceive as white light is comprised of seven main colors. All the odd colors we see like pinks, browns, and beiges are just mixtures of other colors. Our eyes can only register wavelengths of light that are within the 400 to 700nm range. Below 400nm, we move towards ultra violet, x-ray and finally gamma rays. Above 700nm is infra red, then microwave and finally radio waves.

Marijuana uses light from approximately 420nm through to 750nm.

Nanometres (nm) are a measurement of light waves. Each degree in Kelvin (°K) rates the ‘temperature’ of a light and offers an indication to the peak nanometers (nm) or color within the spectrum. The lower the nm, the more blue the light appears while higher numbers look red.

Giving them just any light simply won’t work if the goal is a heavy crop (and who doesn’t want that?). Normal incandescent bulbs produce higher energy wavelengths like infra red (heat) and midrange light (550-650nm) than anything else. Anyone who has tried to grow a plant in a room lit only by incandescent bulbs can attest to their poor performance so avoid trying to grow with them.

Cannabis needs light from the right part of the spectrum with the right amount of intensity to encourage proper yet fast growth. Marijuana evolved to grow under sunlight which changes intensity over the seasons. Young weed plants can be easily burned if put under the same intensity of light as a mature ones. 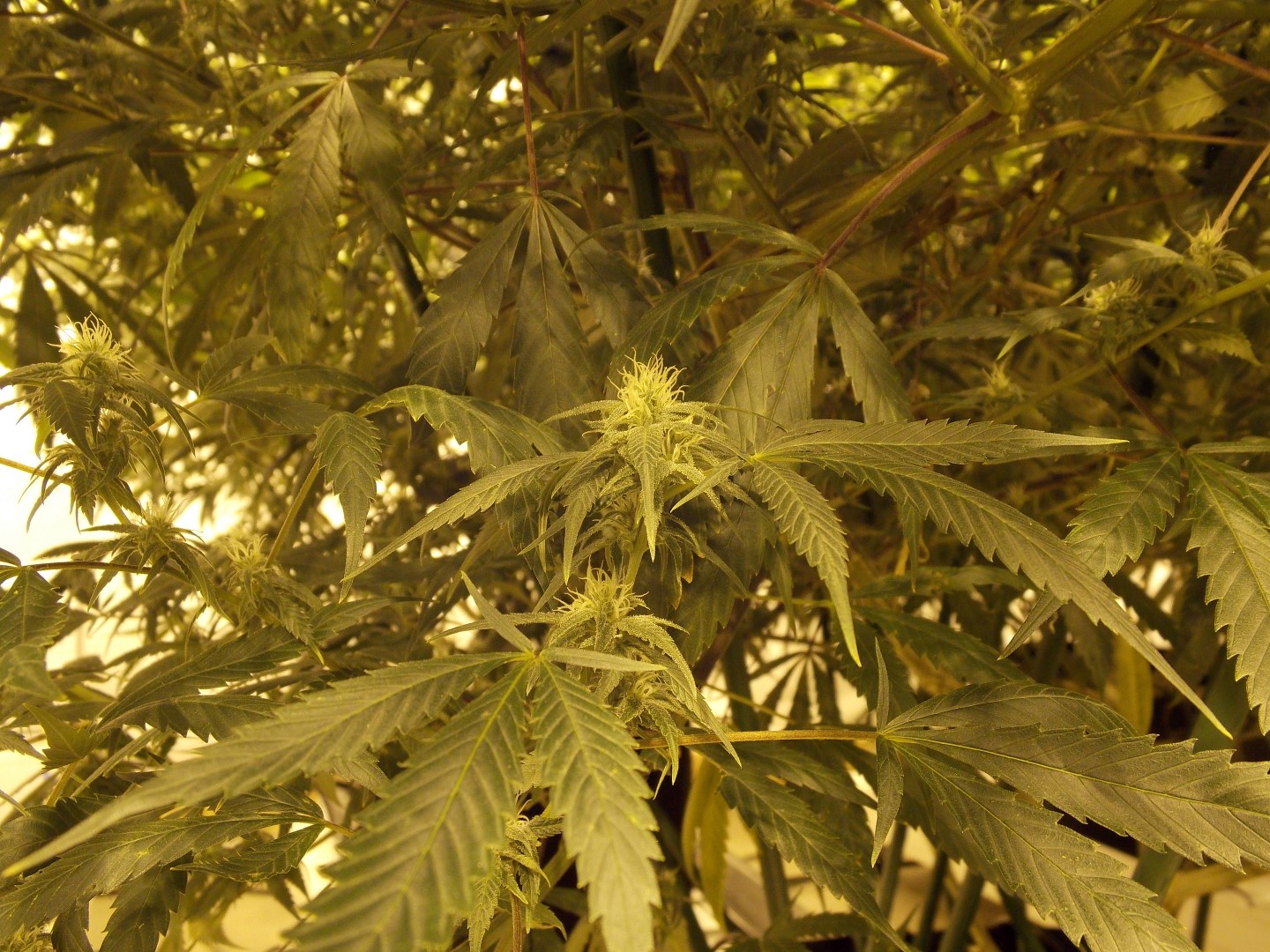 For this reason, many cultivators use different lighting techniques for the different stages of plant growth. Fluorescent lights produce the right wavelengths for growth but lack the intensity needed to penetrate dense canopies. This, along with a low power usage, makes fluorescent lights the standard for use with seedlings and young clones.

HPS (High Pressure Sodium) and MH(Metal Halide) are industry standard lighting options that are used during vegetative and flowering stages although LED (Light Emitting Diode) are quickly establishing themselves as premium lights in the market.

Whatever technique you choose to go with, remember that the color of the light you use to grow will directly affect the overall yield and potency of the final product. Finding lights within the appropriate spectrum will make the process of growing that much easier.

Strain of the month: agent orange

Strain of the month: train wreck