Getting to Know: Bongs

What is a Bong?

A bong, also known as a water pipe, is a cylindrical smoking tube traditionally made of glass, bamboo, plastic or wood. Derived from the Thai word Baung”, Americans find the pronunciation difficult. It was later discovered by American soldiers during the Vietnam War and brought back stateside.

Once they had discovered that this Baung (later simplified to non-Thai speakers as Bong”) could produce a nicer hit than other means of smoking, it was adopted into the American culture. People were impressed by how well the Bong cooled smoke compared to dry pipes and joints.

Cool smoke means a smoother and a more calming experience for your throat and lungs. But did you also know that smoke becomes thicker in cooler temperatures? Thicker smoke means more THC for you. Having water in a bong is useful for little things as well. Not only can water cool smoke, but it can further catch particles you don’t want going in your mouth, like ash and burnt plant matter.

Sometimes, you’ll come across a Bong with an extra percolator in it. 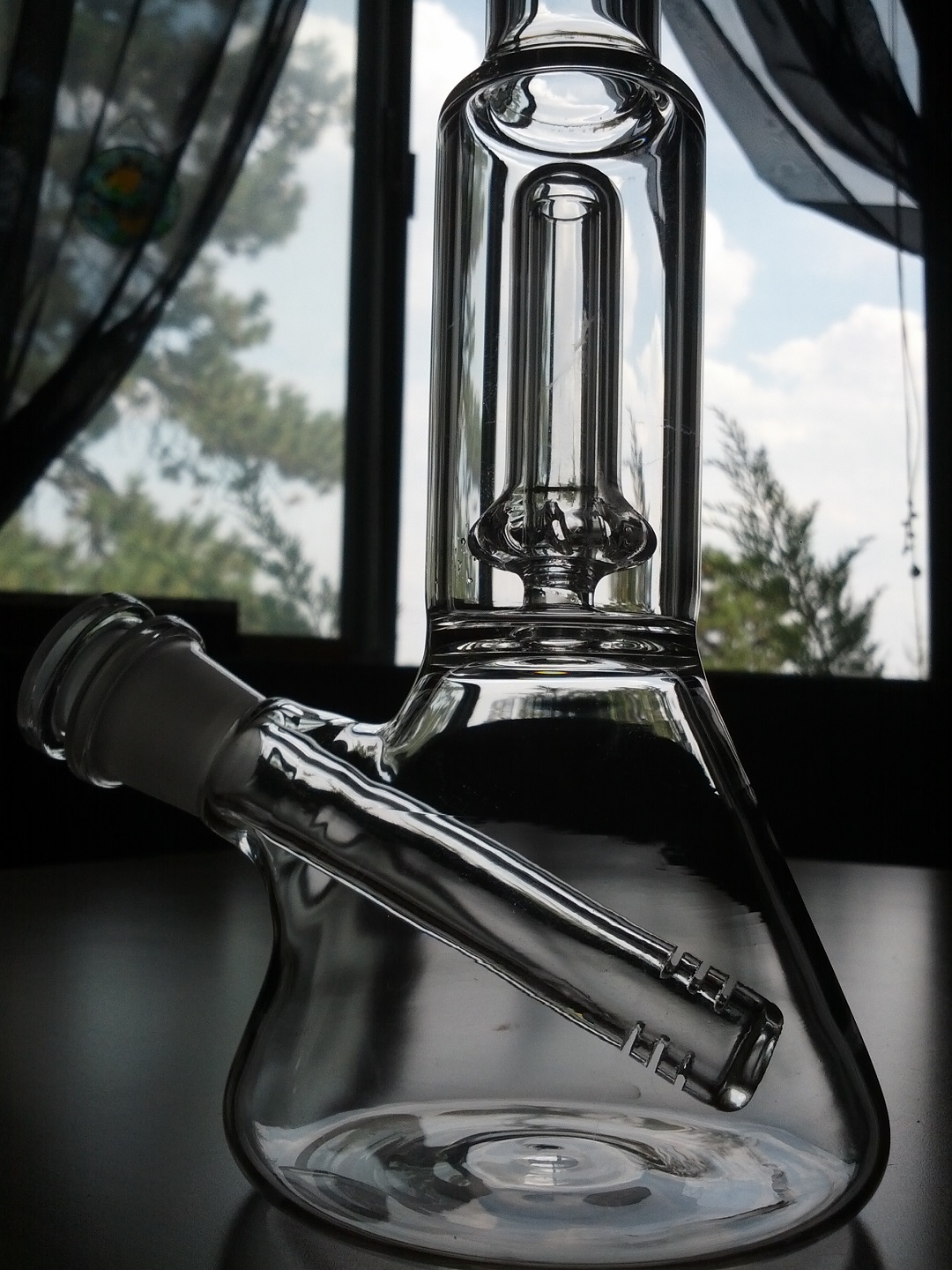 Percolators are not always used, but they are useful in giving a cooler and smoother smoke. They diffuse smoke by increasing the surface area of the smoke which cools it down. And they do this in many different ways, from visually appealing like water vortexes to almost invisible items like diffusion beads in water. The only catch to using percolators is that it makes hitting out of a bong slightly harder.

As for the bong itself, it can come in all shapes and sizes but be mindful of how shape can change the aerodynamics of the bong. Narrow necks and tall columns of water take more energy to hit. The pressure needed to draw air is related to how narrow is the neck and how deep the water is. So if your lungs are weak, go with a wide and shallow setup.

Bongs can also have large chambers that hold tons of smoke.

How difficult a bong is to clear is dependent not only on how strong your lungs are but how much smoke you can hold in at once. Some bongs can hold more than you can so  try not to get bongs in the shape of a cone. A narrow top and wide base make it very difficult to remove all smoke and then you are usually left with stale air.

Bongs are broken down into three main types:

The poster child of marijuana culture, this is what most people think all bongs are. It can have one or more chambers and has been mistaken for a decorative vase by many. This is the simplest style to produce therefore also the cheapest.

When people get bored of the everyday classic pipe, they start to get creative. That’s how the angled pipe was created. Its bent neck allows the user to be in a more casual position such as being laid back on a couch. Now the bong comes to you! It even usually comes more decorative than the classic straight bongs.

Voted the most creative of all bongs and the most technical. You want to see some over-the-top expressive form of glass, this is your piece. This is where the term ’heady glass’ came from. Collectors flock towards the most expensive and lavish bongs available many of which fall into this category.

The biggest and most expensive bongs don’t mean they are the best.

Bigger bongs simply look cooler to many people but size can have some drawbacks. Sure a three foot bong can turn an eighth into a personal bowl but it also needs runners lungs to use. On the other hand, the small ones are neat and easy to hit but they don’t cool down the smoke as effectively as the bigger ones. This can be a problem if you smoke bowl after bowl.

So if you want to know what’s right for you, just try out your buddies bong and see where your lungs quit. A bong needs fit you both in style and in function. Do plenty of research before purchasing and remember to always put water into a piece in order to see how it feels before throwing cash down on it.