Seniors have history with cannabis.

Many seniors are resistant to the idea of cannabis as a medicine. This is partly because they lived through the early days of the drug war. Cannabis was one of the first substances targeted by the prohibition movement in the 1930's.

Like moonshining or being a minority, growing weed was commonly seen as immoral. When prohibition ended, cannabis users didn't enjoy the same reintegration into society that alcohol did. By the 1960's, it was one of the most demonized substances in America. Everything took an exponential step backwards when president Nixon formally criminalizing use.

Reagan, Clinton and Bush Sr. doubled down on mandatory minimums and continued practicing draconian drug policies. New agencies like the Department of Drug Enforcement (DEA) were created to apprehend and prosecute drug users. Cannabis also went from a prescribed medicine to a controlled substance during the first half of the 20th century.

A new way of thinking has brought hope.

In the first decades of the new millennium, Americans have seen a shift in the unending hordes of DEA agents ripping children from loving families. Under president Obama, the Justice Department declared a sort of cease-fire. No more federal enforcement dollars would go to controlling cannabis in states that regulated it.

The new federal position made it possible for over half of the states to pass varying levels of cannabis reform. Instead of locking people up, officials have used regulation with great success. Responsible citizens are realizing that legalization adds money to local economies and improves schools, public spaces and helps repair broken communities.

But the decades long War on Drugs has left a gaping hole in our communities.

The federal government continues to allow and sanction humans being caged, tortured and sometimes left to die for no good reason. But so far NO deaths have EVER been attributed directly to cannabis. People are waking up to the fact that the most dangerous part of using marijuana, is getting caught by the government.

Seniors are one of the fastest growing populations of cannabis users. They have tried every pill under the sun and realized that cannabis is a safer alternative to many medications. While still a minority of the population, these early adopters are key to helping the rest of us understand how responsible cannabis is easy.

Cannabis is most often used by seniors to treat sharp pains. The pain from diseases like diabetes and nerve damage are the most common things treated with cannabis. But some people dislike the high that comes along with cannabis use.

Cannabidiol (CBD) is a non-psychoactive compound that relieves pain but doesn't get you high. Consuming cannabis high in CBD can offer many of the benefits seniors seek. The amazing thing is that it can do most of what THC can but without feeling stoned.

Marijuana is also popular as a sleep aid. Seniors are coming to the realization that cannabis offers many benefits over traditional medications when used responsibly. Many sleep aids are highly addictive or negatively affect health when used over years. Cannabis provides a consistent and measurable potency that can be safely scaled to the individual users needs.

And don't forget that marijuana can stimulate appetite. As people recover from surgeries, treatments or simply battle negative side effects of other medications, they struggle to eat enough. Certain strains of cannabis (like Ace of Spades) help patients overcome problems eating especially well.

Cannabis can do more than give you the munchies.

Cannabis also replaces or lessens requirements for opioid-based medications. Opioid addiction is sweeping the nation but responsible cannabis use can help turn the tide. Cannabis shows amazing promise as a treatment for opioid addiction and further studies are needed to determine how effective it truly is. 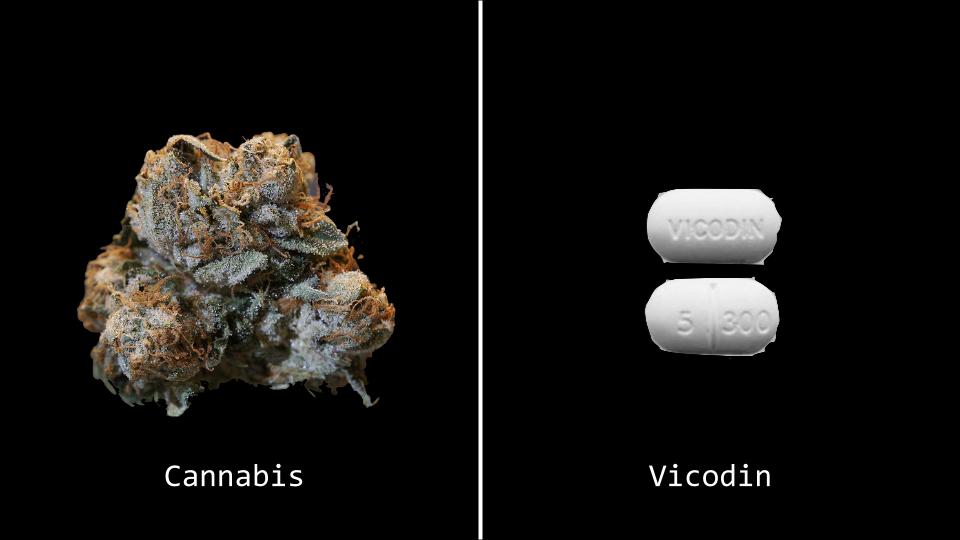 Americans over age 65 account for 14% of population but use more than 30% of all prescription drugs. That can equate to a literal fist full of pills for some seniors to swallow each day. Because cannabis is a natural plant and not a synthesizable chemical, pharmaceutical and insurance companies can't manipulate supply (and therefore price) as easily.

Besides being non-addictive and price-stable treatment, cannabis is significantly cheaper than many prescription medications. The promise of reducing the number of medications and more importantly, side-effects, is a tempting offer for many seniors. Most anxiety and pain drugs are not only addictive, they have documented side-effects with frightening health costs that cannabis simply doesn't.

Today, 23 million Americans are looking at losing insurance within a year and over $2 trillion are getting extracted from social safety nets like Medicaid and Meals on Wheels. At the same time, drug companies like Marathon Pharmaceuticals are demanding 6000% more money to produce the same life-saving drug they made last year and the year before that.

With so many financial and health pressures on seniors, using a natural, locally-sourced medication that treats many ailments is an easy choice. As marijuana usage becomes more common, it's also likely for social acceptance to increase along with it.

Marijuana is showing no signs of losing popularity.

Recreational cannabis is legal for any adult to buy across the entire west coast and more states are joining the party. Hopefully, continuing support for legalization will force the federal government to change their stance on pot. If they do, it will be easier for seniors to integrate cannabis into their medical care as they battle the deleterious effects of aging.

A few potential side-effects seniors should be aware of.

1.Many seniors struggle with heart problems.

Many seniors struggle with heart conditions such as high or low blood pressure. Cannabis has a history of increasing heart rates. Therefore, seniors should be aware when using marijuana that it doesn't put them at a higher risk for a heart attack. Not all cannabis increases heart rates or blood pressure. But its highly recommended to talk to a cannabis doctor to get the right strain for the right medical conditions.

2. Memory loss is an issue with cannabis consumers and seniors.

Memory loss is generally associated with the THC in cannabis. And as seniors get older they struggle with memory problems as well. But cannabis shows amazing promise in treating memory conditions like Alzheimer's. It's important to check with a cannabis doctor to see which strains don't increase the issues associated with memory loss. There are plenty of marijuana strains that help increase memory and dispensary workers are highly skilled and knowledgeable.

Even Sir Patrick Stewart uses cannabis to treat his arthritis.

The famous 76-yr-old actor uses cannabis to help treat his painful symptoms associated with arthritis. He has tried to use pharmaceutical drugs such as pills, creams and injections. But cannabis was less invasive and harmful to the rest of his body. He fell in love with his cannabis spray and continues to use it responsibly.

Cannabis can be consumed in more ways than one.

Not everyone enjoys smoking and many seniors are using oxygen tanks to live. And lighting weed near an oxygen tank is extremely dangerous. It is also advised that anyone on oxygen not take it off just to smoke.

Luckily, cannabis can be consumed in many different ways. The most common way to consume without smoking is in the form of edibles. These infused foods take many forms but candies and other delicious treats are staples. Marijuana can also be used in the form of a tincture, oil and spray so there are a lot of options.

Now-a-days, more people are creating healthier cannabis-infused foods. We no longer live in an era where the only edible options where pot brownies or special rice crispy treats. Companies like YiLo and Heavenly Sweat Medibles create cannabis sugar-free options which are perfect for seniors and anyone struggling with diabetes to use responsibly.

Having been around my fair share of stores, there are a lot of ways to combine products into delicious infused foods. Here are a few ideas of what can easily be made from products in a typical dispensary. Try mixing cannabis root beer or ginger beer with vanilla ice cream and top it off with a live resin/caramel drizzle.

This is a wonderful summer time treat to enjoy outside in the sun. Just be careful about dosage amounts so you don't accidently over do it. Be sure to ask the doctor or budtender how the strains associated with these concoctions will affect your heart or other medical conditions.

Some stores sell s'mores in already made packages or the cannabis infused ingredients can be purchased separately so that adults can enjoy the experience of putting their own treat together.

People can make their own infused pizza. Many places sell cannabis infused cheeses, salamis and various meats which taste great in a

homemade cannabis pizza. Or, if cooking seems like too much of a hassle, there are plenty of already made cannabis infused snacks.

Who doesn't love a slice of banana bread in the morning a cup of coffee? Everyone please keep in mind that these edibles look like regular everyday food. They should be clearly labeled and stored away from children, grandchildren and anyone who shouldn't use them.

Not all Medibles smell strongly of cannabis. Many medible companies are trying very hard to mask the smell of cannabis by using ever purer forms of concentrate. And there are restaurants that started to create cannabis infused meals that are not overpowering with the smell of marijuana. Just be sure to get an Uber for the way home.

Strain of the month: train wreck